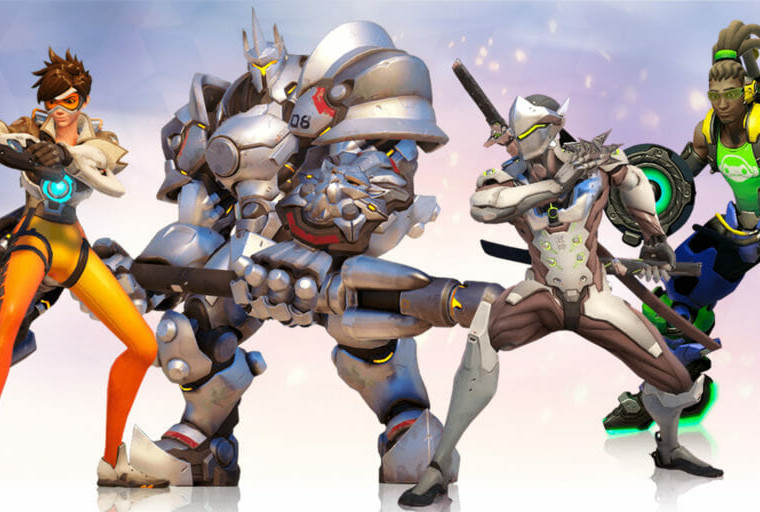 Overwatch characters are colorful, violent yet fun to play with. Each character is diverse in abilities and even backgrounds, sorta multicultural you can say. Choosing the best character for your team can be tricky as various weapons come in handy for various enemy situations. Personal preferences and your playing style will play a huge role in selecting heroes. So worry not, we’ve got the perfect list of characters ready for you to smash it up in Overwatch! Read on…

Genji can be a total kill machine in the right hands. He’s a powerful offensive character whose hit-and-run tactics demand patience and precision. The Japanese playboy of the Shimada crime family, he’s also a master swordsman and cyborg ninja. He can climb, hop, and dash around with Swift Strike, and can cover a ton of ground in little time. To put it simply – there’s a reason pro Overwatch players still choose Genji in their team

Undeniably the best healer (more like resurrector) in Overwatch is Mercy. Her ability to bring back dead teammates, fly to a teammate’s aid, or save herself from danger with her Guardian Angel ability while also passively healing herself makes Mercy one of the best Overwatch characters to have on your team. She doesn’t have much in the way of defense. She’s got a Caduceus Blaster which does 20 damage with each bullet, but it’s more than enough to contribute to a fight should you need it.

Want to master Overwatch? Here’s how you can

Lucio is one of the fastest heroes in Overwatch and boasts one of the highest skill ceilings of all the supports. Using his Wall Ride ability, Lucio can defy gravity. He can also grant health boosts and speed boosts to himself and his teammates almost simultaneously. If someone is in danger or needs help, Lucio is the master of escape. He can even challenge and dominate snipers if he paths to them correctly, he’s like Genji with a self-heal!

If long-range is your style, Widowmaker is your go-to sniper. Snipers are an effective way of dealing with powerful defensive characters and clearing lanes during offensive play. Widowmaker, and her rifle, Widow’s Kiss, can deliver disabling punches to the enemy’s team from afar. Boasting the longest scope and headshot kills, Widowmaker easily makes it into the top ten Overwatch characters.

Soldier 76 is a great option for beginners and amateur players. Anyone who has played a typical first-person shooter should feel right at home with Soldier 76’s gameplay. He’s your regular run-and-gun guy with a basic assault rifle and sprint ability. He’s supposed to be your first pick if you’re a Call of Duty or CS: GO fan as his gun works like most other automatic rifles you might’ve used in the best FPS games and it works perfectly at mid-range distances. This all-around player can give an edge to any team.

Thinking of upgrading your Overwatch experience? Read all about PS5 Specs here

One of the most accessible yet difficult heroes to master, D.Va is a fan favorite around the community. She is a powerful tank that can easily lay down the pressure against opponents. Her mech suit ‘Tokki’ comes equipped with twin short-range Fusion Cannons capable of continuous, high-damage fire with infinite ammo. D.Va excels at protecting her supports and going where the main threats are. All of her abilities can be used at once and makes her an excellent 1v1 combatant.

Junkrat is one of the most fun and unique characters to play in Overwatch. He’s a bit of a wild card when it comes to play-style as many of his attacks are rather chaotic. Famous for his Frag Launcher, his main weapon does a lot of AOE damage. This master of explosions also has other abilities, like his Concussion Mine and Steel Trap – the Mine can be thrown in enemies’ directions and remotely detonated while the Steel Trap hides on the ground, waiting for an enemy to step on it. Like we said, chaotic!

Choosing a hero for your Overwatch team can look like a daunting task, but with our list above, you pretty much know which will be the best asset. All of these Overwatch characters are fun, exciting and combining their abilities can make a team of champions💪

Get the most immersive gaming experience in our upcoming Overwatch tournaments at Kafu Games app.

Download the app now to win the biggest prizes👇