Kafu > 5 FIFA 21 Best Players to Have on Your Team 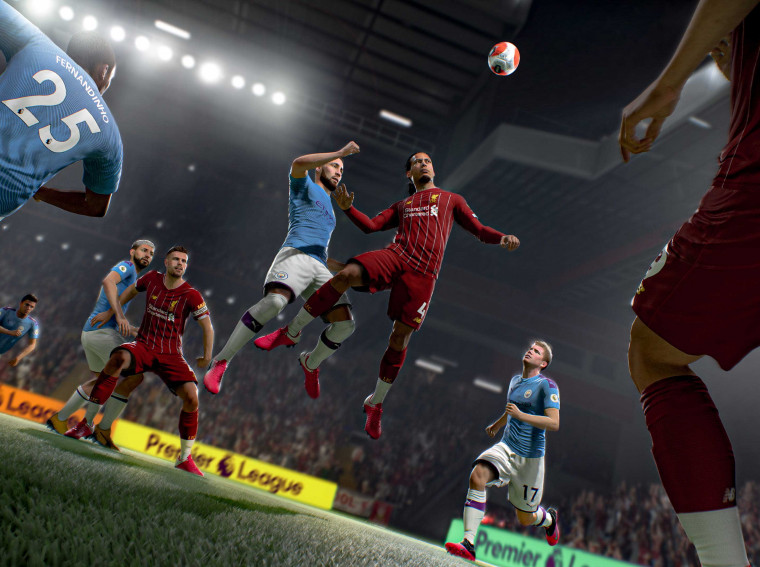 5 FIFA 21 Best Players to Have on Your Team

The recent release of FIFA 21, one of the world’s most popular sports games, has gotten a lot of people hyped up. With improved graphics, superior lighting, and cinematic animation, along with the new camera view that aims to replicate television broadcast, you’ve got all you need. Yet there’s one thing missing: having superior and highly performing players that add on to this amazing new game. And we’re here to help you with that, by presenting you a record of FIFA 21 best players that you should invest your hard-earned coins in, and watch them shine up the entire football field with their performance. Below you will find a diligently collected list, discussing the stats of world-renowned and top-rated football players, that doesn’t follow any particular order. Be warned though, these players are among the most pricey ones, so choose wisely and carefully.

Want to be part of the largest gaming community in MENA? Check this out!

There’s no doubt that Leo would be the one to open the list of FIFA 21 best players. With 96 dribblings, 96 ball control, 95 vision, and 95 finishing, he is certainly going to be in a league of his own. However, his overall score of 93 was dropped 1 point below the last score that he had in FIFA 20, along with being given relatively weak stamina (74) which may restrain him from performing up to his potential in later stages of a match, which makes his high acceleration and sprint speed less cost-effective.

He’s got 90 heading accuracy with 95 jumping, 78 strength, and 84 stamina, giving him a highly balanced profile, and an edge over many other players within his caliber. A downside could be that he’s one of the most expensive players, but with amazing values worth 95 positionings, 95 finishing, 95 reactions and 92 ball control, he’s definitely worth the investment.

Play FIFA like a pro by following these 6 simple tips

With 94 for finishing and attack positioning, high strength, and aggression points, you can expect him to act as a goal machine, along with the other physical attributes that he has. His pace and long-pass aren’t particularly outstanding, but he makes up for it with ratings of 94 positionings, 93 reactions, and 89 shot power. Under different circumstances, he could’ve been at the top of this list but we didn’t wanna upset Messi and Ronaldo’s fans.

When it comes to in-game capabilities, he’s got: 94 acceleration, 89 sprint speed, 95 ball control, and 95 dribblings, which make for an excellent addition to have on your team. In regards to his shooting attributes, he’s got: 87 attack positioning, volleys and finishing, with 80 shot power. Focusing on his shooting and pace is probably one of the best ways to accentuate his skills and make him shine in the field.

If I had to hand out the price of the best goalkeeper in FIFA 21, Oblak would definitely be its winner. With 92 handlings, 90 reflexes, 90 positionings, and 87 diving, you’ll be getting a good amount of additions for a relatively low cost. For the save with feet trait, it’s essentially one of the best traits that a goalkeeper can have, but unfortunately, Oblak doesn’t have it. This makes it difficult to make saves using his feet and legs, but his good handling and long-throw can combat what he lacks.

You can watch the latest videos of the game here

Keep your eyes peeled for any of our upcoming tournaments!

Download Kafu Games app to join the biggest esports tournaments in MENA. Pick your favorite players FIFA 21 best players and show everyone how capable and competitive you are!

Get the app for: