Kafu > A Blast From the Past: Top 5 Best PSP Games 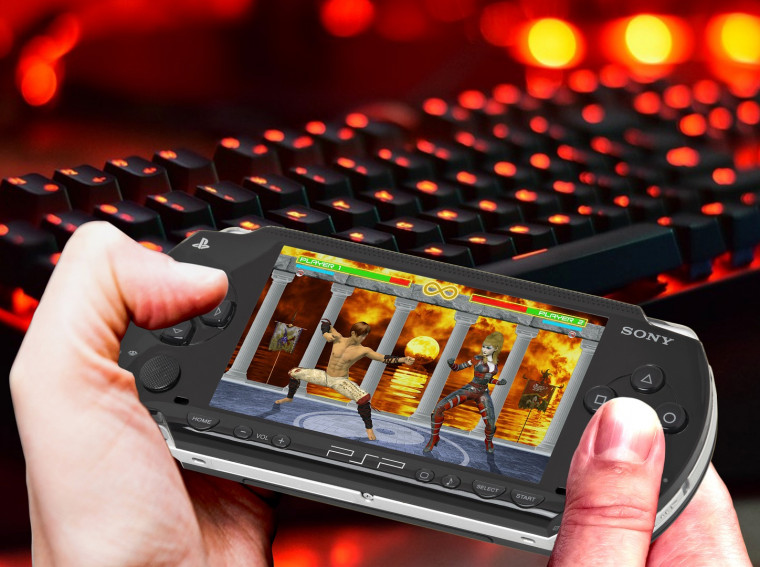 A Blast From the Past: Top 5 Best PSP Games

First of all, before jumping into the topic of Best PSP Games, I’d like to preface by saying: this quarantine has given me quite a lot of time for self-reflection, including access to many flashbacks of my childhood. It took me back to a time where I was stuck at home for 3 days straight, due to a sand-storm that lasted for that long.

Thankfully, a fellow friend of mine was visiting at that time. I remember him boasting around with this new gaming gadget of his (which I later stole & binged played for a couple of days, but that’s a story for another time). To cut matters short, I became quite the PSP nerd ever since, hence why I feel more than stoked to write about the Top 5 Best PSP Games:

This JRPG game revolves around a blank slate high school protagonist and their ability (as well as other characters’) to call upon a ‘persona’, a spirit/monstrous entity that reflects the characters’ personality in some way. Characters use their Persona to fight off shadows/demons as well as saving the world/solving a mystery.

You will be given a choice of either a male or female protagonist, unique & diverse choices of Personas to choose from along with consistent scenes of tarot motifs and Jungian psychology to enjoy.

From a gameplay standpoint, It’s fairly easy (aside from that ridiculously hard torture sequence), but you have so many unique gadgets to utilize that sneaking doesn’t get boring. It’s a pretty engaging storyline, with characters (Mill, playing a huge part in the series and possessing a highly interesting backstory. And Paz, with her good ol’ diary tapes and graceful arc) being the best of the series ever since MGS1.

The best part about PW’s gameplay is the co-op. It’s incredibly fun to play with a buddy, and there’s a lot of items that were designed specifically for co-op, too. It’s a great experience.

It is one of the most simple games of the franchise, yet still complex enough to keep you hooked. The firing system works very well, the arsenal of weapons is excellent, the missions, in general, are not fantastic but they’re quite well-put & engaging, and the story is exceptional.

The protagonist is one of the best in the series, and the plot will leave you up at night. When it comes to activities, the most remarkable are those of massacre and drug dealer. It may rather be a relatively short game, but even so, you will certainly enjoy every countable moment of it.

If you’re a fan of Greek Mythology, then this game is for you. It takes time in a couple of years before the first game, where Kratos is confidently bidding with the Gods, in hopes of relieving him from his terrible nightmares.

The bosses in this game are a lot of fun to mess with. The Basilisk has a breath of fire and quite the fiery persistence, Persian King is just a tough macro-human, Charon is honestly just my favorite, as he’s tons of tricks and ways to test how pro of a gamer you’re!

I know you didn’t see this coming, but please bear with me, this game is absolutely addicting! Farming Stimulation? ✔️ Fascinating Characters? ✔️Boiling eggs at a local Hot Spring? ✔️ And much more to find out!

I know we’re not supposed to pick favorites, but if you’re looking to play only one game in this Best PSP Games list, then this is what you’re looking for. Be prepared to zone out of the noisy & exhausting city life, and spend uncountable hours with this marvelous piece of art!

Get the most immersive Esports experience right at your fingertips on KafuGames. Compete & win the biggest gaming tournaments, wherever you are.
Registrations are open for a limited time only
Join us now!