Kafu > Top 5 Powerful Fortnite Weapons You MUST have 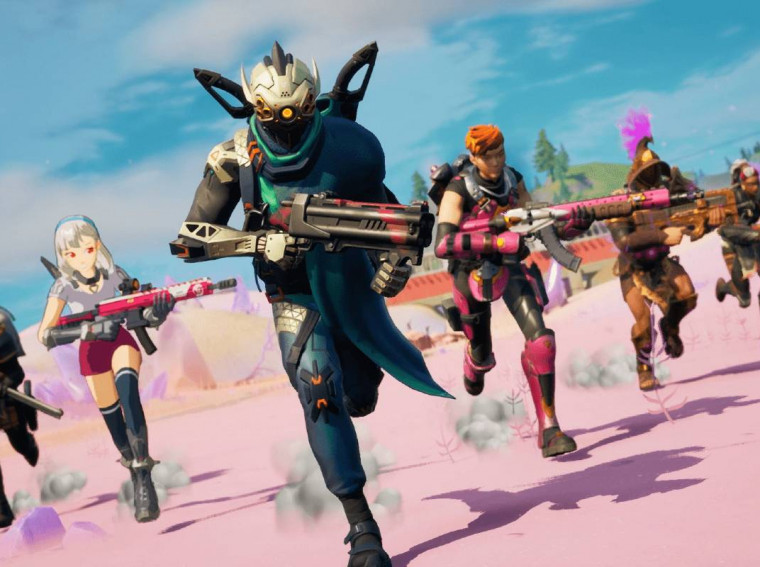 Top 5 Powerful Fortnite Weapons You MUST have

Surviving in Fortnite and winning that Victory Royale takes skill. You can have the whole map memorized, know the best hacks and tricks to destroy opponents but that’ll still end up being useless if you don’t have the right weapons at your disposal. You don’t wish to be stuck on a mountain top with a lone short-range pistol that’ll soon get you killed. So we’ve got the top 5 most powerful Fortnite weapons you can have in your arsenal, that’ll make you invincible on the battlefield.

An assault rifle (AR) is every player’s essential weapon for scoring fast kills during close-range combat, even if they don’t pack as much of a punch as other gun types. The legendary SCAR Assault Rifle is a favorite among fans, and for good reason – this dependable weapon is just as handy over longer distances as it is at close range. There’s no unique characteristic or single, overpowered element to its design. It’s just amazingly kickass in every regard and that’s why you need it in your arsenal.

Jules’ Drum Gun is Fortnite Season 3’s gold-plated mythic gun that can only be grabbed by killing Jules at The Authority at the dead center of the map.

This gun absolutely shreds targets at close range thanks to its high fire rate, huge ammo capacity, and decent damage output. Not only does this make it great for eliminating enemies, but destroying structures too. Looking for dependable Fortnite weapons? This one’s for you.

Shotguns aren’t great at a range of course, but if someone is nearby, you can rock their world with a devastating shotgun blast. They perfectly complement your assault rifle.

An absolute must for any inventory, the Tactical Shotgun is a perfect tool for dominating close-range duels. And it’s not too tricky to find either, it’s fairly abundant across the map. Just remember they’re useless at long range. So use them only if you’d like to be up in everyone’s faces in a fight!

Want that victory royale to be yours? Have a look at our Top 5 Fortnite Hacks

Explosives and heavy ammunitions are mostly a hit and miss among Fortnite weapons. If you find a grenade launcher, you’ll be fine for a while but can quickly run out of ammo. They’re also extremely rare and hard to find on the map. Rocket Launchers are absolute bombs for your final few circles, providing an incredible range. They’re less useful when you’re attempting to kill an enemy, and far better when it comes to destroying forts or parts of the environment. Blow up your enemies’ cover with this!

Most pistols do meager damage but they can be deadly when you find the right ones on the map. They’re much slower and do less damage per shot than other weapons. But don’t assume that pistols should be discarded the moment you come across another class of weapon. Some are pretty epic.

The Suppressed Pistol is one of the best guns as you get to drop on opponents from medium-range and destroy them silently without alerting others to your location, working perfectly in your favor if you’re in a crowded area. It’s especially effective when trying to be sneaky, like firing it from a hidden spot such as a bush or behind a car, that’ll keep your enemies wondering where the shots are coming from.

There you have it! You can use every cheat and trick in the book to best your enemies in Fortnite. But you’d still need the right weapons to help you destroy them. Don’t forget, there’s a color-coding system that categorizes each weapon, which acts as a useful guide to form the most amazing armory.

Get the most immersive Esports experience right at your fingertips on the Kafu Games App, available for iOS and Android! Compete & win the biggest gaming tournaments, wherever you are.